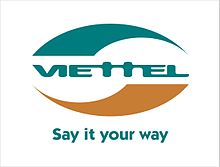 In my travels around Africa I have come to meet the Viettel Group.  Viettel is the dominant mobile phone company in Vietnam.  Starting in 2004, it has grown to be the largest mobile operator in the country with over 55M customers.  Since 2006, they have been expanding internationally, first to neighboring Laos and Cambodia and most recently to Haiti, Mozambique and Peru.  They are currently the 19th largest mobile provider by subscribers and recorded over $6B of revenue and $1B of net income in 2011.

What makes them unique in my view is their “network first” strategy that focuses on fiber and mobile broadband.  As some of you may now, the majority of cellular networks in the developing world utilize microwave for backhaul, which is limited in speed and prone to service outages.   This is why even when providers upgrade to 3G network technologies (WCDMA, HSDPA, HSUPA, etc) there is very little data throughput since most of the 3G base stations (Node Bs)  are only connected with the equivalent of 2 E1s of bandwidth (3Mbps) for both voice and data.  So while HSDPA can offer speeds of 14.4Mbits over the air interface, the backhaul is choked at a theoretical maximum of 3Mbits (theoretical since in practice rarely will the BTS only have one subscriber connected to it).  True mobile broadband requires fiber, and that is what Viettel does.

In Mozambique, Viettel acquired the third mobile license in March of 2010.  They brought over 200-300 Vietnemese workers and started digging.  Twelve months later, they had laid 8,000km of fiber and deployed 1,200 BTS and achieved 80% population coverage.  Their topology is “FTTB”:  Fiber to the BTS.  This results in backhaul speeds of between 20Mbps to 152Mbps per site.  In addition, they provision their BTS with all three carriers activated (carriers are the amount of frequency a BTS utilizes) maximizing the frequency used to deliver data to end user devices.   Paradoxically, they claim deploying fiber is cheaper than microwave backhaul on a TCO basis since once the fiber is laid the equipment costs to connect additional sites is much cheaper.

The result is a fiber feed, high density BTS, geographically expansive, cellular network that is optimized for mobile broadband.  In practice, users in Mozambique can access the Internet (via, smartphone, tablet or USB dongle) at a speed of 256Kbps – 2Mbps.  Higher speeds via HSPDA are available up to 14.4Mbps.  Pretty impressive for a country that reported Internet penetration of 6% in June 2010. [1]  The results in the field are impressive.  Viettel claims to have acquired 400,000 subscribers after one month and over 1.2m subscribers after 9 months.  They have had similar results in Haiti, acquiring over 800,000 subscribers in 3 months.  They are now pursuing the same strategy in other African countries and around the world.  Fiber first indeed appears to be a good strategy.